So you think you can write a best-seller?

Everyone is a writer. At least it seems so in this area. 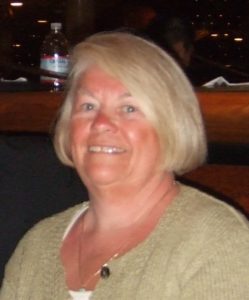 My perspective is not clouded by working with writers every day. Nor is it clouded by the number of announcements I get via email about new books hot off the press. Some days, I hear about as many as five or six new books — everything from fantasy science fiction to personal memoirs to whodunnits.

Back in the 1980s, there were about 200,000 books published annually in the U.S. These days, there are some 2 million books published each year. (That does not count the photo books many of us create after a special vacation or family event.) Too many are created by people who truly believe that their book will be the next best-seller and that the movie contract will arrive within a week of publication.

It rarely happens like that, if ever. What does happen, in reality, is that most serious writers send their masterpieces off to a traditional publisher such as Random House or a similar one and then watch their mailbox daily for a response. Often, there is no response. Or, there is a negative response, often without any reason.

Too often, it is because it was sent to the wrong publisher and, even worse, it failed to follow the guidelines for the publisher. Yes, even serious writers make such mistakes. If someone sends a fantasy science fiction book to a house that concentrates on mysteries, it is quite likely that there will be either no response or, at best, a generic turndown.

Before wasting any more money, would-be authors should buy a copy of Writers Market and read it cover to cover. It has publishers, agents, query requirements, sample query letters and so much more.

Successful writers are the ones who don’t give up. (Repeat that as many times as needed for it to sink in.)

James Patterson, who now makes about $90 million a year as a writer, got 31 turn-downs before he finally sold his first book to a publisher.

Successful writers also network with other writers in various groups.

Best-selling writers often remain in their original writers groups. David Baldacci, one of my favorite mystery writers, is one of those.

I still remember his 2015 talk for the Library Foundation of Sarasota annual meeting — especially his comment about not sending a manuscript off to a publisher until he has shown it to his writers group.

He doesn’t worry about someone stealing his idea. Ideas are a dime a dozen. Good writers aren’t, although with effort, any writer can be better.

The more eyes that check a story, the better.

Once a person has written a story, that person rarely is able to read it again and find an error.

That carries on to the next person who reads it. The second reader might catch most of the errors but probably not all of them. The problem is the story is now his, too, in a way. So a third set of eyes is needed.

By then the story will be pretty clean but not yet perfect.

That is why you will see typos in newspapers, even our award-winning paper. Each story is read by about four people before publishing. Sadly, that is not always enough and our readers are quick to let us know, with their fresh eyes on the story, what we did wrong. We apologize and try to do better.

Yet I have found errors in an eighth edition of a best-seller by John Grisham. Humans are just human.

Other errors that book editors often find are people, places or things that are introduced to the story because the author deems them important and then, three chapters later, has forgotten one or more. Editors find such errors quickly because they are common mistakes.

That is another reason we writers need the help of as many sets of eyes as we can find. If we reporters need help with a short news article, imagine the help that is needed for a 200-page book.

This is but one more thing that pushes a book over onto the reject pile. It simply is no easy task to make a book stand out among the millions being written these days.

Visit the website of Oceanview Publishing. Now located on Longboat Key, the publishing house started by Drs. Pat and Bob Gussin is a legitimate publisher of mysteries, with a string of best sellers that include some Edgar Awards for mystery writing and a few movie deals, too.

One of Pat’s latest books is “Come Home,” a medical thriller. Pat knows medicine and that is what she writes about, although always with liberal doses of intrigue. She, too, credits several readers and editors for making her work better.

The better writers have a good work ethic in common and also a desire to make their work as good as can be.

The best place to find such folks is in local writers groups. There is one at the Friendship Center in Venice where members mostly write family memories, but not exclusively. Call the center to find out when their meetings are.

Another is the Sarasota Fiction Writers, which meets monthly at the Sarasota Library on Five Points in Downtown Sarasota. Many of its members are published authors — published with traditional publishers. That group has monthly speakers and is worth checking out (excuse the pun).

Members of the Sarasota Authors Connection meet regularly in the main conference room at the Fruitville Library, 100 Coburn Road, in Sarasota, east off the Fruitville exit of I-75. SAC was started by Susan Klaus and Paula Counce in 2005. Susan is my shining example of how one who sticks to it can be successful. Her first fantasy science fiction book, “Flight of the Golden Harpy,” was self-published and reviewed in this paper when it first came out at least 10 years ago.

The reviewer, Laura Fehl, included some suggestions that would improve the book. Klaus followed those suggestions. She tossed that first edition. The revised book was selected for publication by Tor, one of the country’s leading publishers of science fiction. Within months, her next book, “Secretariat Reborn,” was picked up by Oceanview. They also took her next book, “Shark Fin Soup,” another mystery, but with an environmentalist approach. As you might imagine from the titles, Susan likes animals. She breeds and races thoroughbred horses and currently raises rodeo bulls. She is working on another mystery with the same hero as in her Oceanview books but this time he is saving wolves.

Florida Writers Association-Sarasota Branch meets in Nokomis on the first and third Wednesdays of each month.

To learn more about this and other groups visit: SarasotaFictionWriters.com/writing-community.

Google can be your best friend. If I have left out some web addresses, it was for your own good. Look them up. There is a world of information out there — some good and some bad. May you only find the good. The more you learn and the more you network, the better chance you will have to become a published author with a contract rather than a stack of bills because you were told by some company that it would make you a star.

Be wary. One day, not only will your books be at all the book stores, but you might have a booth at the annual Venice Book and Writers Festival, which is held annually in downtown Venice at the end of March.

Always the first to sign up for a booth is local writer Clarissa Thomasson, whose latest book, “Venice Dreamers,” from Salt Marsh Publications, is hot off the presses and available at Amazon.com and several local shops. Clarissa, the author of some eight books of historical fiction plus a series of children’s books about a little green monkey, is a passionate historian as well as a wonderful weaver of tales.

The combination makes for books you cannot put down.

I, too, am passionate about the history of my adopted hometown of Venice and have written many articles and books on its history. Yet there is always more to learn and with this latest effort from Clarissa, I learned so much more about the many people who have helped in the creation and evolution of Venice. Meet her at the book fair.

The 2019 festival will be in Blalock Park because of the downtown road work. The dates are Friday and Saturday, March 15 and 16, with classes and talks on Friday afternoon and sales on Saturday from 9 a.m. to 3 p.m.

Visit VeniceBookFair.com for more information. The Venice Gondolier Sun has been a media sponsor since the beginning of this special event. If you hope to have a booth or to share a booth with a fellow author, sign up now. Booths always sell out quickly.