Topics included:
* The role of the playwright within the collaboration of artists who bring us live theatre.
* The differences and comparisons between the playwright (live theatre) and the writer of screen plays (movies and television.)
* Mechanics/guidelines playwrights might follow.
* Things to avoid if you want your play to be produced.

CLICK HERE TO REGISTER AND DONATE BY CREDIT CARD

Registration is Required to Attend These Panels - THANK YOU -

CLICK HERE TO REGISTER AND DONATE BY CHECK
ABOUT ANDY SANDBERG 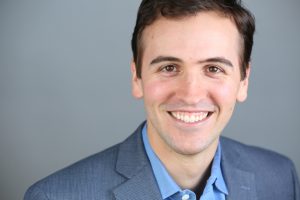 Andy Sandberg is a writer, director, and Tony Award-winning producer. His theatrical work has been represented in New York City, London, and throughout the United States. In 2009, at the age of 25, he became the youngest producer in history to win a Tony Award.
Sandberg’s Broadway and West End producing credits include the hit revival of Hair (2009 Tony, Drama Desk, Drama League, Outer Critics Circle Awards); the Broadway revival of Gore Vidal’s The Best Man, starring James Earl Jones, Angela Lansbury, John Larroquette, Candice Bergen, and Eric McCormack (2012 Tony, Drama Desk, Drama League, Outer Critics Circle Nominations); and Will Eno’s The Realistic Joneses, a critically acclaimed new play starring Toni Collette, Michael C. Hall, Tracy Letts, and Marisa Tomei.
In addition to his Broadway credits, Sandberg’s career as a director and writer has been committed to the development and creation of new work. He wrote and directed the critically acclaimed world premiere of Application Pending, a comedy about kindergarten admissions (Broadway World Award: Best Off-Broadway Play, Drama Desk Nomination: Outstanding Solo Show, Winner: Book Pipeline Prize). He directed the London premiere of Jeannette Bayardelle’s Shida, which opened to rave reviews and earned 2019 Off West End Award nominations for Best Musical, Best Director, and Best Lead Actress. He previously directed the world premiere of Shida Off-Broadway at Ars Nova (four AUDELCO Award Nominations, including Best Director and Best Musical) and at the American Repertory Theater (Cambridge, MA). Sandberg has been represented Off-Broadway as the director of Straight, named a Critics’ Pick by The New York Times, which cited that the production was “directed with polished finesse.” Additional world premieres that he has directed include Alan Brody’s historical drama Operation Epsilon (four IRNE Awards, including Best Play and Best Director), the Off-Broadway comedy Craving for Travel (also co-author), and the Off-Broadway musicals The Last Smoker in America, Neurosis, and R.R.R.E.D. In 2020, he directed How to Succeed in Business Without Really Trying for the Maltz Jupiter Theater.
In 2019, Sandberg was selected to lead the Hermitage Artist Retreat as Artistic Director and CEO, following an extensive national search. Since joining the Hermitage in January of 2020, Sandberg has guided the organization through a period of significant growth and transition, despite the challenges of COVID-19. Over the past two seasons, the organization has dramatically expanded its programming, more than doubled its fundraising, embarked on a new strategic plan, completed a campus-wide restoration, and established dozens of new collaborative partnerships throughout the region and across the country. Under Sandberg’s leadership, the Hermitage was one of the nation’s earliest and most successful adapters to find safe and innovative opportunities for live programming, creating unique outdoor and virtual experiences for artists and audiences alike.
Born and raised in New York, Sandberg is a graduate of Yale University with a B.A. in English and Theater Studies. He is a member of the Stage Directors and Choreographers Society (SDC), Actors’ Equity Association (AEA) and the Off-Broadway League. He has served on the boards of The Browning School (NYC), the Arts & Cultural Alliance of Sarasota County, the Yale Dramatic Association, the Whiffenpoof Alumni Association, and the Yale Alley Cats Alumni Organization (founder and longtime president). He recently served as President of the Browning Alumni Association.
www.AndySandberg.com

Preston Boyd retired from full time classroom teaching (drama and music) in 2014.  Since then, he has become very active in the Sarasota-Manatee theatre community as a director, musician (guitar/banjo), and sometimes actor, as well as a freelance instructor of adult and teen theatre classes. In addition to having taught a number of playwriting courses, he also serves as a Director Emeritus with Sarasota's Theatre Odyssey, an organization dedicated to bringing new, original scripts to the stage. He holds a B.A. in Theatre Arts and M.Ed. in Theatre Education. Preston lives in Bradenton with his wife (and favorite stage manager) Priscilla and is the proud father of Dorian and Colin Boyd, both professional theatre technicians.

“Raising a Writer: A Conversation with a Pulitzer Prize-Winning Journalist and Her Author-Mom” 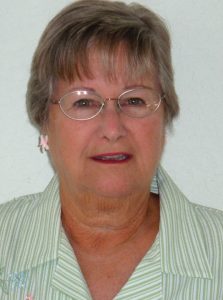 Clarissa Thomasson was born and raised in Miami, Florida. She received a BA in English Literature from Duke University and an MA in English from the University of Florida. Thomasson taught English, journalism, and creative writing in Montgomery County, MD, until her retirement.
Her first two novels, Defending Hillsborough and Reconstructing Hillsborough were chosen by the North Carolina Association of Public School Librarians for use in the high school study of the Civil War. Lorinda’s Legacy was “pick of the month” at Greensboro, NC Barnes and Noble.
In 2000, Thomasson returned to Florida and now resides in Venice, FL. where she has written five children’s books in her Little Green Monkey series, four novels: Florida Shadows, Florida Secrets, Florida Sunset and Surviving Sarasota set in Southwest Florida, a World War II novel—Over the Bridge—and Venice Dreamers, which highlights Venice’s original settlers. Thomasson’s stage plays, Over the Bridge and Florida Shadows, each won first place in the Clarence “Bud” Jones Playwriting Competition at the Firehouse Theatre in LaBelle, FL, in 2014 and 2015.
Thomasson is also a freelance writer–having written for GRAND magazine, Yesterday in Florida—where she won a 2005 Florida Trust for Historic Preservation Award for her contributions to Florida history—and Eastside Venice Neighbors—where she wrote monthly articles on Florida history. She is also a contributor for the Venice Gondolier.
Thomasson’s newest historical fiction, FORGOTTEN FLORIDA, takes place from 1825-1835 in the Tampa Bay area and is currently under production with Pineapple Press for distribution in August 2022. 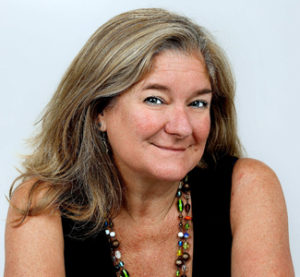 Lane DeGregory is a Pulitzer Prize-winning Tampa Bat Times enterprise reporter who prefers writing about people in the shadows. She went to work with a 100-year-old man who swept out a shrimp factory; hung out beneath a bridge with a colony of sex offenders; and followed a child who was adopted.
Lane graduated from the University of Virginia, where she was editor in chief of The Cavalier Daily student newspaper. Later, she earned a master’s degree in rhetoric and communications studies from the University of Virginia. She worked for the Daily progress and The Virginia-Pilot before moving to Florida in 200 to write for the Times. She is married to a drummer, Dan DeGregory and they have two 20-something sons, Ryland and Tucker.
Lane’s stories have appeared in the 2000, 2004, 2006, and 2008 editions of Best Newspaper Writings. Her work has appeared in anthologies including “Newswomen: 25 Years of Front Page Journalism” and “Telling True Stories: A Non-Fiction Writers’ Guide.”
Lane has won dozens of national awards, including twice winning Scripps Howard’s Ernie Pyle Award for human interest writing; has been recognized eight times by the National Headliner Awards; and eight times by the American Society of Newspaper Editors. In 2011, Lane was named a fellow of the Society of Professional Journalists. Lane teaches at the University of South Florida, the Poynter Institute, and a journalism conferences around the world.
Listen to Lane’s weekly podcast, WriteLane, on SoundCloud or iTunes.

“Write What You Know”